On March 29th, 2017, the Chicago Sun-Times reported that Chicago Police had arrested and successfully charged Lionel Parks with four counts of first-degree murder and two counts of attempted first-degree murder in connection with an incident on the 100 block of West 105th, 12:40 p.m. Dec. 17, 2016.

Lionel Parks allegedly terrorized a total of 6 victims, killing four of them. Lionel is alleged to have forced onto the floor and started shooting. Elijah Jackson, 36, Shacora Jackson, 40, and Nateyah Yafah Hines, 19, and 45-year-old Scott Travis Thompson were killed. Shacora Jackson died from multiple gunshot wounds, and the other victims died from gunshot wounds to the head, according to the medical examiner’s office.

This was not Lionel Parks's first act of violence. There were red flags leading to the deaths of these victims. Chicago - One has obtained Mr. Parks's Chicago Police Arrest, and IDOC history. 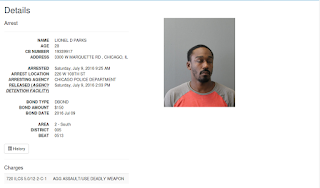 Going back further, IDOC shows Parks has a history going back a decade to 2007, when he served one year for Aggravated Unlawful Use of a Weapon - Vehicle. After that, he was in IDOC custody for Attempted Possession/ Use of a Firearm by a Felon While on Parole. IDOC took him into custody on October 13th, 2009, for that offense. Records show he served two years for that.

On August 5th, 2010, Parks was in IDOC custody again, this time for being an Armed Habitual Criminal. Records show his sentence for that has not yet been discharged. Parks was sentenced to six years on a Class-X Felony for that offense. 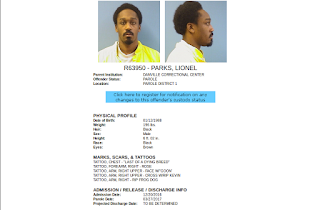 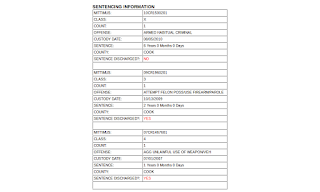