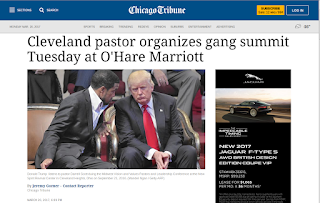 Jeremy Gorner, a Contact Reporter for the Chicago Tribune broke this story just a short time ago.The summit will be held at the O'Hare Marriott Hotel 8535 West Higgins Road,  Chicago, Illinois, 60631. The CrimeisDown website was used to give the public some idea of exactly what the location is on the map, and some sense of the area geography. 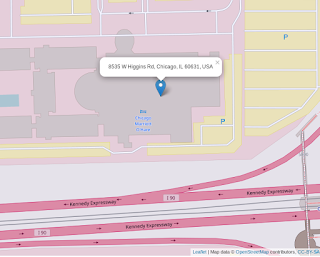 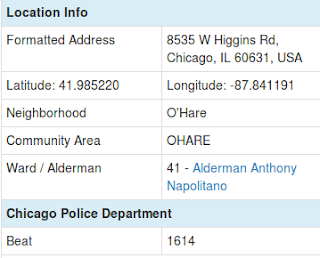 Those who are unfamiliar with the area covered by Beat 1614, here it is. Click to enlarge the map. 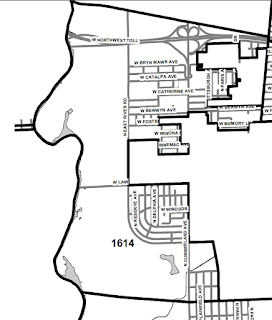 The core of the plans, and the emerging idea of what's going to happen with this summit are detailed in quotes below from Gorner's article.
"The news release Monday announcing the summit led by the Rev. Darrell Scott said he would team with employment, housing and education experts in an attempt to negotiate "an immediate ceasefire" to gang violence in Chicago."

Torrence Cooks, a "self-styled Chicago anti-violence activist" is involved with the gang summit. "In a front-page Tribune story last month, Cooks, identified in court records as a former high-ranking gang member, said his discussions with Scott expanded beyond just a field trip to how to curb violence in general."

"In the interview Monday, Scott said Cooks was planning to bring about 15 to 20 people from different parts of the city to the event. Scott, though, shied away from calling them gang leaders, as the news release had."

From here, the article goes on to talk about giving these individuals more employment opportunities, more mentoring from organizations such as the Boys & Girls Club, etc.

At this time, there is no evidence of any extra police planning around possible problems during or after the summit.
Posted by Chicago-One News at 8:03 PM