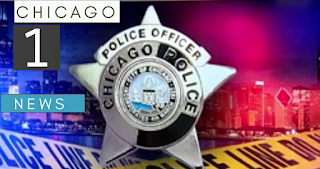 Chicago Police have arrested the first of what they say will be MANY arrests in the much publicized Facebook Live Sexual Assault Case. The offender in this first arrest is a 14 year old male juvenile. The arrest was made last night, say Detectives and Department Officials.

The victim-survivor in this case is a 15 year old girl who had gone missing this past Sunday when she left her home to go to the store, and was not seen after that. The girl was reunited with her mother after 10th District officers found her. Detectives spoke with them late Tuesday morning at the police station at West 51st Street and South Wentworth Avenue.

The case came to the attention of the Chicago Police Department after the mother of the 15 year old female victim showed the stills of the attack to CPD Superintendent Eddie Johnson, who then notified his Chief of Detectives, and the case was assigned to a Special Victims Unit Detective for continued investigation. The case has been assigned to the Area Central Detective Division where Detectives continue to work the case.

The Facebook Live video was viewed by 40 people, none of whom attempted to call police. The juvenile arrested last night has been charged with felony aggravated criminal sexual assault, manufacturing child pornography and dissemination of child pornography.

The victim in this case has been further traumatized by harassers who have not been publicly identified as of this time, and it is unknown if those harassers will face arrest.

Present at the press conference were CPD Chief of Detectives Melissa Staples, Area Central Cmndr Deenihan, Detective Pamela Childs of Area Central Detective Division, and her partner was scheduled but could not be present. Per Area Central Commander Deenihan, the 14 year old was arrested by the same 10th district officers who found the victim. Deenihan said the victim is having a difficult time just speaking about the attack, and will need help for a long time to come. Deenihan said that the victim is still experiencing online bullying, and that the online bullying and off-color comments are affecting the victim. Deenihan stated that the victim was lured to the residence where the attack occurred and was held against her will. One offender is an adult, and may or may not be related to one of the juvenile offenders, Commander Deenihan refused to answer that question.
Deenihan further stated the person who took the video is being sought by Detectives, and says that person is going to be charged. Police Superintendent Eddie Johnson said, "it disgusts me that people can look at those crimes taking place and not call 911! That's just silly!" and "I DO want to highlight the 10th district officers in this case who found this young lady. They aren't the detective division, and they didn't have to do that. Their job was done, but they stayed with this case!"  - Supt. Johnson

Commander Deenihan said that there IS one juvenile warrant outstanding for a juvenile offender in this case, and they expect the juvenile to be arrested soon.

Detective Childs did not speak at the press conference.
Posted by Chicago-One News at 11:34 AM