RD# unk (Chicago-One will have this within a few days)

Judge Myles awoke and readied himself for his day, also preparing to go to the gym with his girlfriend. The girlfriend left the house and went outside. The girlfriend was outside the house when she encountered the armed offender. The judge heard the commotion, came out and confronted the gunman. He was shot four times and killed. The shooter ran away and may have gotten into a getaway car nearby. These details per Chicago Police and ABC 7 Chicago.

Police responded and found two shooting victims identified as Judge Myles and his girlfriend, who is not being named to protect her. She was shot in the leg, and survived. Responding officers made all notifications per Department Policy, and summoned an ambulance first. The Chicago Fire Department arrived and transported the female victim.

Area South Detectives responded to the scene, and while they were enroute, the responsible unit summoned the Chicago Police Department Crime Lab to document and process the scene. 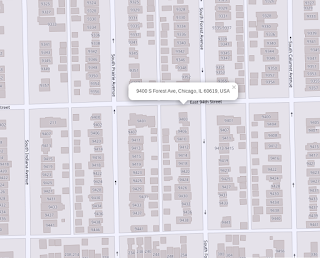 Chief of Detectives Melissa Staples could not give all details because the investigation is on-going. She said Detectives worked Non-Stop and recovered bullet casings. The gun used in this murder was used in a robbery in the 007th district. The footage obtained from cameras in the area played a crucial role in helping to find and arrest Mr. Smith. Last night, 005th district tactical officers found the getaway vehicle outfitted with two different plates to obscure the car. One of those plates was the original plate.

Smith was charged with First Degree Murder, Attempted First Degree Murder, and Obstruction. He was convicted of robbery before and served time in the IDOC. The case is open, active, and ongoing. Area South Detectives named in the investigation were numerous. Staples read off the names too quickly to document them.

Chief of Detectives Melissa Staples said more information would be learned in bond court tomorrow. She said they believe the robbery was targeted. She further said this incident was not connected to Judge Myles's duties as a criminal court judge. At the end of the conference, police said Smith brought himself in to the Area South Detective Division and was questioned by them at that time.

The Press Conference lasted about 10 minutes or less.
Posted by Chicago-One News at 6:15 PM