On February 3rd, 2017, a woman got on her bus, and expected to be safely transported. A safe transport is exactly what did NOT happen. A suspect that police have now identified as Christopher Gates of the 400 block of N. Harding Ave, is alleged to have grabbed the female passenger in an inappropriate manner without her consent, and then exited the bus.

Gates is charged with one felony count of aggravated battery to a transit passenger and one felony count of unlawful restraint. This is not the first or even the second arrest for Gates. Gates is well-known to the Chicago Police Department, mostly for violent offenses, and offenses involving illicit drugs. 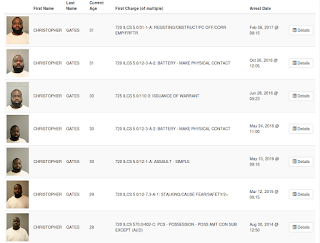 According to Chicago Police public adult arrest records, gates has been arrested 8 times in the past, and this arrest would make his 9th. Gates was arrested for the first time by Chicago Police on May 25, 2014 at 5:00PM. That first arrest had Gates charged with Possession of a Controlled Substance, and possessing less than 2.5 grams of cannabis. Gates was arrested that day at 1156 N Keeler Ave. on police beat 1111. At that time, police had his address listed as 726 N. Harding, located on police beat 1112.

Harding was arrested the second time on Saturday, August 30, 2014 at 12:50 PM at 1222 N Pulaski Rd. This second arrest was also for Possession of a Controlled Substance. This time, the arrest took place on police beat 2534. This area is well-known for gang, drug, and other serious criminal activity. At the time of these first two arrests, Gates lived at 726 N. Harding on beat 1112.

Gate's full arrest record is displayed below as evidence of the above statements. This record came from the Chicago Police Department Adult Arrest Database, available to the public. 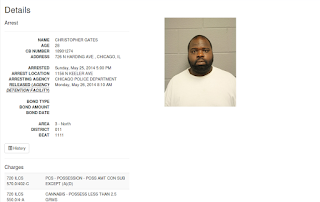 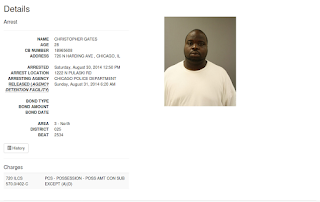 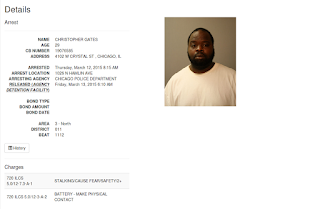 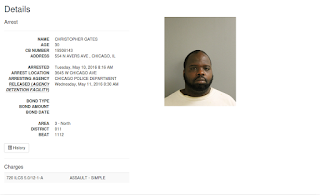 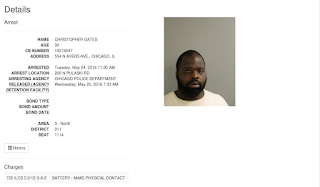 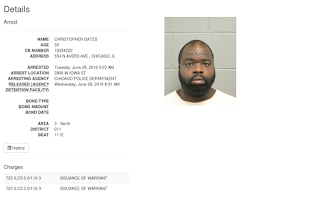 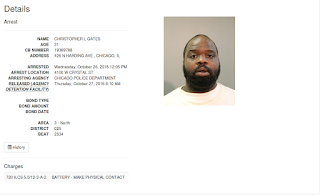 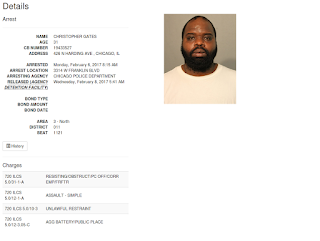 As of this latest arrest, Gates has been held in Cook County Jail in lieu of a $900,000 bond. Gates is due back in court on 6/14/2017. This information per the Cook County Sheriff's Department Inmate Locator Service. 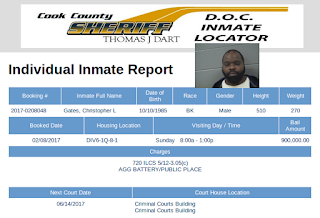 Chicago-One News attempted to reach out to the Cook County State's Attorney's Office and the Chicago Police Department for an official statement, and communications with police are pending for further information about Mr. Gate's prior history with their department. Chicago Police Spokesman Anthony Guglielmi has stated the department must keep their comments limited to Mr. Gate's prior history only, due to his current case in a pending status with the Cook County Circuit Court. (Edited on May 4th, 2017 at or around 9:30AM to reflect changes to facts regarding communications between Chicago-One News and CPD)
Posted by Chicago-One News at 7:55 PM No comments: 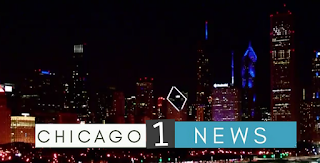 “I was just going to get more coffee and drive back to my house and start my day,’’ Langford said. “All of a sudden, wham!" - Tribune Article quote.

Larry tells the story in his own words:

"I was stopped at a light at 59th Street and Union Ave. after six in the morning, closer to seven, when I heard the sound of tires on wet pavement. I thought, oh-oh, and looked up.’’ "I saw the car leave the scene, and stop close by. I get out of the car and ask if he's ok. He mumbles back to me, saying "yeah". "He didn’t apologize, or ask if I was all right, he wasn’t looking at me. He just kept looking at his car.’’ "So, I ask this guy for his drivers license and ask if he has insurance. He told me the car was stolen."

Langford: "You stole it?"

At this point, Langford tells that the driver walked away. The driver then started to run, and left the car behind.

Chicago-One News spoke to Larry Langford this morning on his way into the office after buying his morning coffee. Anyone in the Chicago media business, and who eventually covers police & fire department incidents gets to know Larry very quickly. Larry stated to Chicago-One that he's a little sore, but is otherwise doing well.

Larry is typically all - go, no - stop, and carries with him a spirit of helpfulness, is generally very jovial and easy to get along with. Get well soon, Larry!
Posted by Chicago-One News at 11:59 AM No comments:

By the time it was over, two officers had been shot. We now know these were two Tactical Officers from 009. For those not familiar with CPD parlance, Tactical Officers are plainclothes personnel specializing in investigating things like gangs, guns, robbery, burglary, drugs, prostitution, etc. They drive unmarked cars, and possess specialized training for their work.

The shooting occurred at or around 9PM last night, May 02, 2017. Per the statement made by the department, the officers were sitting in their unmarked unit in the 4300 block of south Ashland Ave. when they saw someone in a silver van shooting at another vehicle, according to preliminary information. 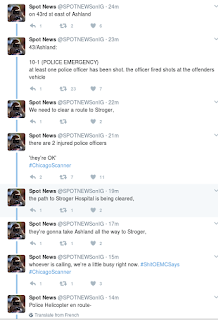 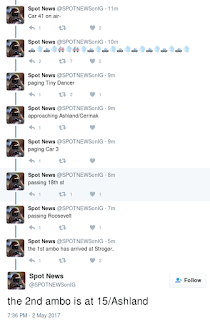 Now come the tweets from Chicago Police Spokesman, Anthony Guglielmi, to confirm what has happened. Anthony is Twitter verified, as noted by the blue badge with the checkmark. 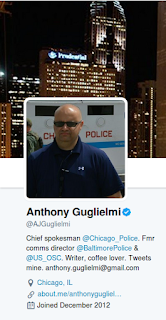 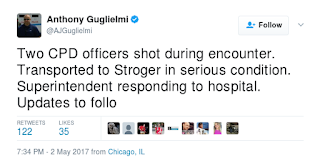 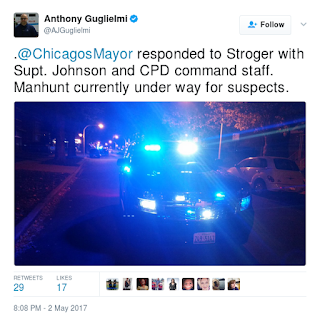 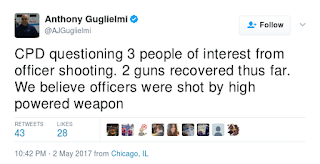 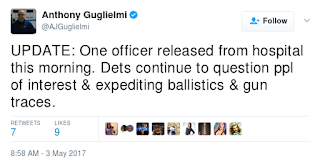 Superintendant Johnson spoke to the media, saying, "We believe these officers were followed and targeted", a statement giving insight into the frantic manhunt that took place last night after the shooting. Upon being fired at, police returned fire. At this time, it is not believed that anyone was struck by the fire from police service weapons.

Current information says that both vehicles involved had left the scene hastily, and  The van was found near 37th Street and Racine Avenue, less than two miles away, and either a rifle or shotgun was recovered near the scene, according to a source citing preliminary information. A second weapon was also recovered, and three people were taken into custody for questioning, police said.

Per AJ Guglielmi, Chicago Police Spokesman, one officer has been released from the hospital, and Detectives are continuing their investigation. According to ABC 7 Chicago, the second officer may be released later today.
Posted by Chicago-One News at 11:24 AM No comments: