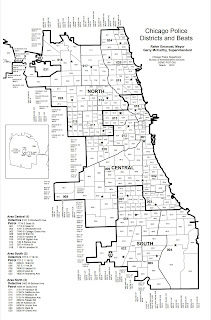 Anthony Guglielmi, who serves as the Chief Communications Officer for the Chicago Police Department, released a copy of the Detective Area boundary map on 17 December 2019 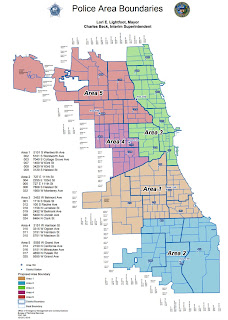 Deputy Chief of Detectives Brendan Deenihan said, with the city currently divided into three detective areas, it can sometimes take detectives 60 to 90 minutes to arrive at a crime scene. “By then, many witnesses are gone, and evidence has often been contaminated. These new areas aim to improve CPD’s response time,” he said.

The two shuttered detective areas that are being reopened have not been updated since the 1970s, and will undergo $5 million in renovations before they reopen in April. They also will receive Area Technology Centers – tech hubs already in place at the three existing detective areas, to help investigators more quickly access surveillance camera footage after a shooting or other crime.

The Area Technology Centers were bankrolled by a donation from billionaire Ken Griffin.
Posted by Chicago-One News at 2:38 PM