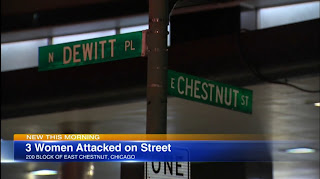 Area Central R/B/T Detectives have issued a community alert after a pattern of robberies in the Gold Coast area.

The robberies occurred in the:

900-block of North Dewitt Place in the late evening of December 24,

900-block of North Dewitt Place in the evening of January 3.

Three women were robbed in the 200-block of East Chestnut Monday at about 9:05 p.m.

In each of these robberies, two to three male offenders approach the victims and commit a strong-arm robbery.

These aren't the only robberies Area Central is investigating. The Area Central Detective Division has also issued two other alerts as well. One is for a robbery pattern in the 001st District, the other in the 002nd District - Wentworth. 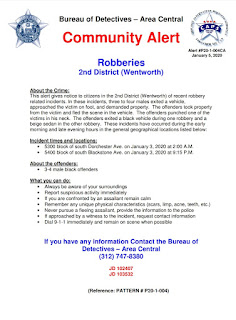 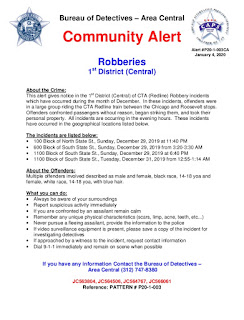 Posted by Chicago-One News at 6:53 AM