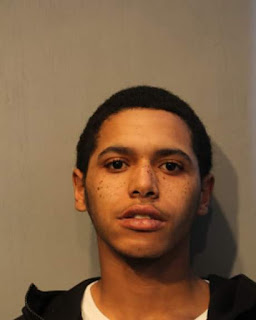 On January 12, 2020 at approximately 12:56 PM, this offender entered a 2014 Ford Escape on the 1400 block of West Fulton Street and forced the occupants out of the vehicle at gunpoint, including two minor children. One of the minor children was removed and slammed to the ground, before the offender fled in the vehicle. An extensive investigation was conducted which lead to the positive identification of this offender. Caleb Morales was charged with two felony counts of Vehicular Hijacking and will appear today in Central Bond Court.

Posted by Chicago-One News at 9:57 AM