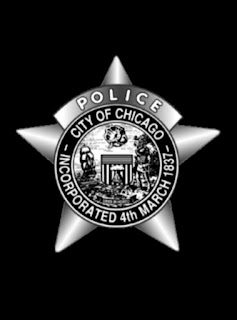 Area Central Detectives have issued a community alert in the 018th District for a pattern of violent robberies that have occurred on the city's North side since December 24th, 2019. This is Area Central crime pattern 20-1-009B.

These robberies involve more than one offender who have used two different vehicles as the means to commit these robberies and flee the scene.

The next robbery/theft alert below affects CTA rail passengers 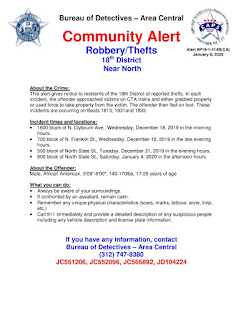 Posted by Chicago-One News at 9:47 AM No comments: