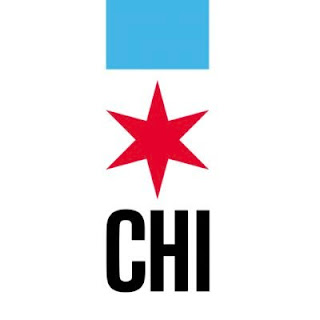 The City of Chicago has formed a response to the global spread of a contagious virus the CDC has identified as COVID-19. This response comes after a small amount of confirmed local cases of this virus were detected via the CDC testing protocol.

The first case in Chicago (2nd in the nation) was confirmed on January 24th, 2020

There have been extensive reports and updates issued by both the city itself, and local corporate news outlets. The City of Chicago response to COVID-19 takes the form of several committees. The Chicago Sun-Times reported on the existence of these committees on March 10th, 2020.

What we now know about the city's emergency response:
Chicago-One is listing those committees here as shown in the Sun-Times piece

Organizing Task Force — the equivalent of a board of directors — is led by Lightfoot and includes Arwady and Rich Guidice, executive director of the city’s Office of Emergency Management and Communications.

CONTINUITY OF GOVERNMENT — Mayor’s office of operations, Paul Stewart. Prior to the outbreak, Stewart had been running point on the city rollout of recreational marijuana sales. 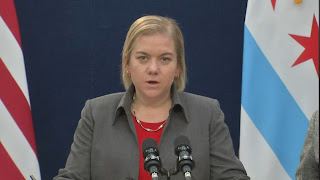 The Chicago Sun-Times tells what Dr. Arwady's days look like during the city's hectic fight against COVID-19.

Chicago-One reached out to Anthony Guglielmi, the Director of Communications for the Chicago Police Department, and also reached out to Melissa Stratton at the Chicago Office of Emergency Management and Communications on March 10th, 2020 to ask questions regarding the Public Safety Committee and the Intelligence Committee. Stratton asked for time to respond. As of 13 March, at 2:47PM, Stratton has not responded.

"The Chicago Department of Health is the lead agency for Coronavirus assisted by the Office of Emergency Management. CPD is part of the overall team to address any public safety or law enforcement issues that may arise. Eric Carter has been designated as the lead Point of Contact by the Superintendent given the Counter-terroism Burea's experience managing large scale special events. Chief Carter would also be supported by the Operations Bureau should there be a specific need." 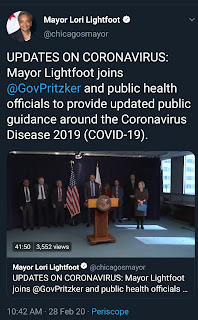 On March 12, 2020, a well-known local Chicago Public Schools advocate for disabled students challenged Janice Jackson on Twitter regarding her handling of this crisis and asked why she had opted to keep schools open. 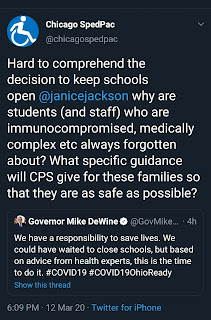 This is the date when a mass response by the public and businesses in the city began, as both the public and the business community recognized the danger posed by this virus, and found the need to act was in the mass public interest to keep the impact of this virus manageable.

8:54AM - Chicago-One News is tipped-off by confidential source that the John G. Shedd Aquarium has held a meeting and decided to close early at 3:30PM, followed by closure for two weeks as a result of COVID-19. WBBM then confirms this publicly at 11:09AM

9:59AM - WBBM's Rob Hart reported on, and publicly provided the below email to parents from the Archdiocese Supt. Dr. Jim Rigg, explaining that schools operated by the Archdiocese would close effective Monday, March 16th, 2020. 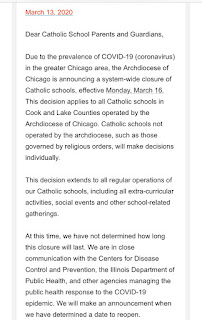 11:54AM - The Museum of Science and Industry Announces Closure in Response to COVID-19

11:55AM - Peter Nickeas of the Chicago Tribune tweeted that the Illinois Department of Public Health had announced a new development in the ability to test for COVID-19 via two private labs who were said to be reporting mixed posituve and negative results 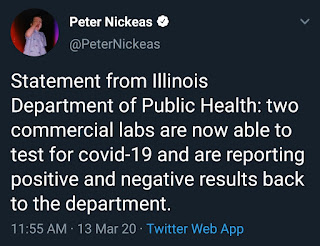 1:25PM - The Associated Press reported via their reporter, Jill Colvin, that President Trump would declare a national emergency in response to the COVID-19 pandemic

2:40PM - The popular Chicago Scanner twitter account posted the below photos from an Aldi store at 4600 W. Diversey on the city's northwest side, saying, "Aldi 4600 W Diversey
Bread, TP, canned goods, cashier said there was a line outside before opening" 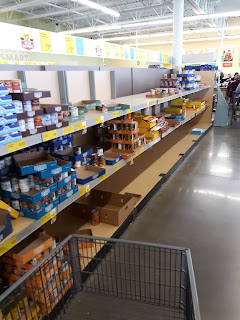 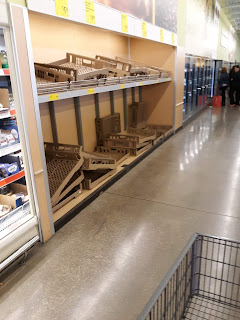 
Posted by Chicago-One News at 3:17 PM No comments: