On 20 February 2021, Chicago Police Superintendent David O. Brown posted a tweet on his Twitter verified account that included a video of him speaking with new CPD recruits.

Regardless of your politics around the law enforcement and criminal justice profession, this new video, and other videos like it released by CPD are the best way for those members of the public who intimately know the law enforcement profession and CPD in-particular, to get a look at who is more likely to fail and more likely to be the Chicago Police Department's next success stories.

To our newest recruits - stay humble, don't lose your compassion, and use your discretion to build trust. pic.twitter.com/vQo9SiIGZR

Hardly anyone will argue that when it comes to the law enforcement profession, you can tell by a person's level of attention to personal care (dress, grooming), the attention they pay to instruction, the effort they show to their professional image, attitude and their demeanor, whether or not they'll be successful.

The video recently posted by Superintendent Brown is the first in which Chicago-One has used the above standards to pick the recruits who are most likely to succeed and ascend into District Tactical work, and the Bureau of Detectives.

The Department did not release their names, but their photos are enough for the public to know them and keep an eye on these probable success stories once they graduate. 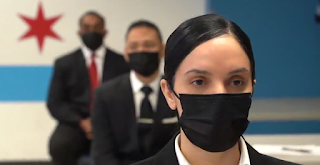 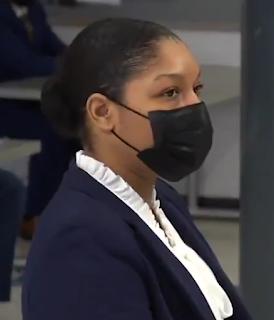 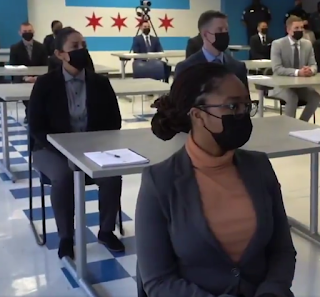 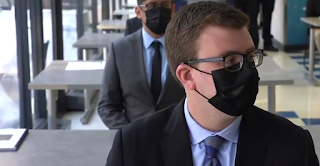 Why would these pictured people be important to Chicago's public safety operations and history in the event of their success?

The era of time and the complex challenges they are being trained in, and then deployed to the city streets in will make them the first generation of police to train and deploy in the fast approaching end of a deadly international pandemic that has taken 500,000 lives in the U.S. (more deaths than American losses in WW-II), and the first to deploy post-Trump era. These officers will face the unique and volatile mix of extremist politics and the complicated crime conditions created by both as a result of widening inequalities that breed the conditions for spikes in crimes.

Shot & Killed: 719 (+55%)
Shot & Wounded: 3455 (+51%)
Total Shot: 4174 (+52%)
10 Chicago Police Officers were shot and wounded in 2020, and just this year, two robbery offenders attempted to rob an on-duty Chicago Police Detective while he was investigating a homicide. According to NBC 5 Chicago, "On Monday, 08 February 2021,  at approximately 7 p.m. in the 7700 block of South Yates, the detective and his partner were canvassing a previous crime scene when two individuals attacked the detective from behind. One person was armed with a handgun while the other had a knife, according to Chicago police. The offenders physically assaulted the detective and rummaged through his pockets before the detective's partner came to his aid, prompting the suspects to flee the scene."
One offender was arrested in the 2300 block of east 75th, and he second offender was still being sought as of the posting by NBC 5 Chicago. NBC 5 Chicago also revealed that the Detective is a 26-year veteran of CPD who suffered head & neck injuries but said to be in good condition.

These are he working conditions faced by the new class of CPD recruits, which, if promoted to Detective in the next 3 to 7 years, would play a role in how they go about performing their jobs.
Posted by Chicago-One News at 12:00 PM