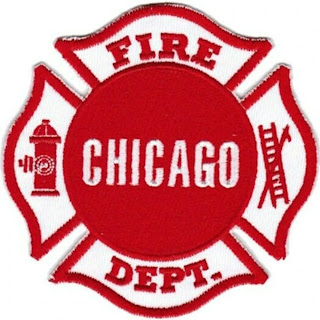 That is the narrative Chicago Police are using this morning after a mother's lack of supervision over her children placed their lives at risk.

6147 Wabash apartment fire . The children a girl age ten and two boys 4 and 2 were inside. The girl threw a mattress from third floor window and jumped. 4 year old rescued at window by ladder. CFD also got 2 year old from inside all taken to Comer serious. No adult at home. pic.twitter.com/Prbu8cPwBu

According to this report by ABC 7 Chicago, this was the situation CFD responders found upon their arrival....

ABC 7 reported further said, "witnesses said the smoke was so heavy they could barely see out of the building."

Upon the mother being located, the family was re-united and Chicago Police did not arrest this mother "because she was nearby".  No details were released as to whether or not a DCFS hotline call was made and if DCFS is investigating or not.
Posted by Chicago-One News at 7:46 AM