Chicago Police Department records released on March 31st, 2021, show that Bruce D. Schrader, a lifetime Chicagoan, was able to escape Illinois sex offender notification laws and hide his background from sometime in the 1990s until his death on November 7th, 2020.

Even though Schrader was a convicted sex offender, he was able to successfully obtain an amateur radio license from the Federal Communications Commission. The license was set to expire on 11/13/2023, but the FCC issued the license 21 years ago in the year 2000 when Schrader lived in Chicago's West Humboldt Park community at 4305 W. Hirsch, the address listed by Chicago Police when he was arrested in 1996 for violating Illinois Sex Offender Registration laws.

Possessing an amateur radio license gave Schrader access to things sex offenders can use for evasion of law enforcement authorities while also having easy access to young people under the age of 18 due to the appeal of technology to this age demographic. The first thing it provided was access to two way radio equipment which can easily ne used to monitor law enforcement operations, a function of amateur radio equipment protected by FCC docket, memorandum and order PR91-36, which gives special legal protection to amateur radio equipment possessed by those holding a current and valid amateur radio license.
Amateur radio can be a sex offender's paradise for another reason. As demonstrated in the beginning of this report, anyone can look-up the address of any amateur operator. Once a sex offender makes contact with an underage victim on amateur radio frequencies, finding that child is easy as looking up their callsign or their parent's callsign if a parent or guardian in the home is licensed. Amateur operators often exchange e-mail addresses on amateur frequencies, and registered users of the website QRZ.com can look-up e-mail addresses and other facts about amateur radio licensees that could be used by sex predators to bait a victim.

Disguising himself as a harmless communications geek with a legitimate interest in amateur radio, Schrader worked himself into the Chicago FM Club, a non-profit radio hobbyist and public service group that was incorporated as a non-profit in 1965 according to State of Illinois documents.
During his time with the Chicago FM Club, Schrader was eventually elected to the organization's Board of Directors, a position that gave him even greater potential for access to children. Schrader also served as the head of the organization's "Field Day" event which is conducted in coordination with, and under rules set by the American Radio Relay League (ARRL). This is a yearly event that has both a summer and winter date that tends to draw lots of youth. There is no requirement for background checks to participate, no rules preventing adults and children from contacting each other, and no rules for proper supervision of children who participate.
Schrader's status as a convicted sex offender stems from a series of sexual criminal incidents from December 1985 through February of 1986 wherein he is documented to have sexually abused and sexually assaulted a victim approximately 12 times between those two dates, according to this Chicago Police Department Arrest Report. This series of attacks resulted in Schrader being charged with Criminal Sexual Assault, Aggravated Criminal Sexual Assault, Aggravated Criminal Sexual Abuse, and Incest.
Schrader's Chicago Police Department RAP Sheet shows he was indicted, tried, and convicted in the series of sexual attacks against his victim, and shows further that he was consequently sent to the Illinois Department of Corrections for six years, and in 1996, while residing at 4305 W. Hirsch, he failed to abide by the laws governing sex offender registrant compliance.
Like the vast majority of registered sex offenders, including those who have completed their legal requirement to register as a sex offender, Schrader moved around quite a bit through the years, living mostly in Chicago's geographic area covered by the Chicago Police Department's 025th District. The dates given with the addresses pertain to the time period shown in the FCC ULS database and Chicago Police records. The appropriate Chicago Police Dept beat for each address is listed for ease of reference.
4003 W. Palmer
Chicago, IL, 60639 (Beat 2525)

5713 W LAWRENCE AV. 1S
CHICAGO, IL 60630 (Beat 1622)
(Sept 24th, 2018 until his death in Nov 2020)
While hiding his past, Schrader became the founder of the "Night Watch" net on the Chicago FM Club 70cm UHF band repeater system, a net that is/was dedicated to the men and women of our nation's public safety community. The Chicago FM Club started holding meetings at the 016th District Chicago Police Station while Schrader was a Board Officer. The Chicago FM Club has a contingent of retired and current active-duty police officers among their membership rolls, which makes it even more concerning that Schrader was able to go undetected. 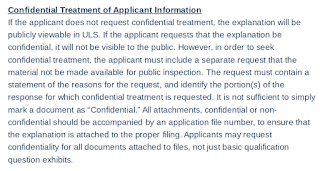 If you believe your child was contacted by Schrader, you can contact the Chicago Police Department Special Investigations Unit at 312-492-3700. The Special Investigations Unit (SIU) is part of a Multi-Disciplinary Task Force operating out of the Chicago Children's Advocacy Center. The partnership with the CCAC started in August of 2001 and has been on-going ever since. SIU investigates allegations of the sexual assault/abuse of all children under the age of 13 as well as all family related sexual assault/abuse cases where the victim is under the age of 18. SIU also conducts investigations into the use of the internet in the distribution of Child Pornography as well as the Indecent Solicitation of children. Specially trained detectives are members of the Illinois Crimes against Children task force and frequently put on presentations for schools and community groups.
Posted by Chicago-One News at 6:00 AM