The right to privacy is not negotiable. EVERYONE has a right to privacy, and the political rhetoric that only criminals or terrorists want or need privacy is bunk! This is a line meant to make YOU feel guilty for exercising a basic human and legal right.

"The FCC’s ‘Protecting the Privacy of Customers of Broadband and Other Telecommunications Services’ regulation through the Congressional Review Act is under attack, and will likely always be under attack. The FCC rules limit broadband providers from accessing and collecting personal customer information, including web browsing data and app usage history. The privacy rules were a result of the FCC's contentious net neutrality rules, which reclassified broadband providers as common carriers." - Quote from The Hill

5. Selling your data to marketers

3. Snooping through your traffic and inserting ads

2. Pre-installing software on your phone and recording every URL you visit

1. Injecting undetectable, undeletable tracking cookies in all of your HTTP traffic

The above is courtesy of the EFF (Electronic Frontier Foundation), an organization that protects the rights of every person who uses electronic devices.


HOW TO PROTECT YOURSELF IN THE DIGITAL AGE

1. Visit the EFF Surveillance Self-Defense site. Everything is there to help even the person who isn't tech savvy. You don't need a computer science degree to protect yourself.

2. Purchase and set-up and VIRTUAL PRIVATE NETWORK (VPN) that DOES NOT keep user records of any kind! Your choice of VPN service should also not have access to encryption keys. PIA is recommended.

3. STOP using Windows! Use LINUX instead! With Linux, you don't need antivirus software, and you gain more privacy by being able to use other linux based operating systems. This can be done on a windows machine, but is better if the entire machine runs linux instead of being partitioned off.

4. Download and use one of these Linux operating systems:

The TAILS and WHONIX systems run through TOR. and provide you the ability to be completely anonymous on the web (internet) if you follow their very simple directions. In conjunction with a good VPN, you'll be totally off-the-grid as far as your ISP and other people are concerned. TAILS is a system that leaves NO TRACE of anything on your computer system.

VeraCrypt - Important note about this:

5. Learn about encryption and how to use it. Lifehacker has a resource on it.

Encrypting Your Computers, Phones, and Communications

EFF has a first version of their scorecard for encrypted communications here.

ENCRYPT YOUR ENTIRE DISC DRIVE!!! ENCRYPT your thumb drives, ENCRYPT your Android device!! ENCRYPT everything on your I-Phone!! I-Phone disc drives are encrypted by default, but always make sure!

Don't ever use the default messaging app that your phone comes with! Download Signal by Whisper Systems. If you have Chrome or Chromium for a browser, go to the Chrome Store and download Signal for desktop if you want to use it when you're not near your phone.

There are other end to end encrypted messaging and calling apps, but Signal is by far, the best. What'sApp is good for those who are not state targets, but it may possibly leave metadata behind. You don't want that!

According to the EFF, these are the best communications apps to use if you want total privacy:

Always make sure your devices and communications apps use end-to-end encryption with perfect forward secrecy (PFS). This means the keys used to scramble communication can’t be captured through a server and no single key gives access to past messages.

Introduction: A word about PGP
Before you begin
Step 1: Downloading PGP
While you're waiting.... Where did PGP come from and how does it work?
Step 2: Unzipping and installing the PGP software
Step 3: Creating your Public and Private PGP keys
Step 4: Changing your Passphrase
Step 5: Distributing your Public Key
Step 6: Making your Public Key available through a certificate server
Step 7: Obtaining and Adding someone else's Public Key to your keyring
Step 8: Using the PGP encryption software to send and receive secure e-mails
Step 9: Using your Default Public Key to save a backup, encrypted, decipherable copy of all your e-mail messages
Step 10: PGP Signing your own unencrypted e-mails
Step 11: Weaving the Web of Trust--Signing someone else's Public Key
Step 12: Using the PGP encryption software to protect (encrypt) your personal documents
Step 13: Using PGP to Wipe files from your disks
Step 14: Useful PGP Options you should know about
Tell us what you think of the tutorial
Acknowledgements 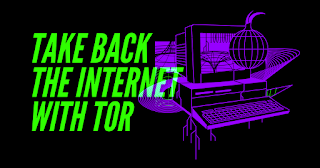 TOR is available for all operating systems, including Android and IOS

Some say HTTPS, RSA, PGP, SSL, TLS are compromised. Always stay ahead of threats to encryption, and what has been done to assess, and act on those threats.

See if YOU Have Been Hacked

The New York Times has issued this bit of advice. 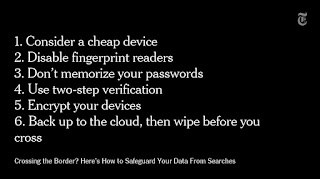 EFF Joint Comments to The FEC

How to Blog Safely About Work or Anything Else

The EFF holds the following to be self-evident:

Linux Mint (offers a system based on Ubuntu and one based on Debian (LMDE),

Qubes OS (HIGHLY SECURE, and will not always work well for all computer makes and models) only the most advanced computer / Linux users should use this